Birmingham is becoming a truly wonderful city says Alistair McGowan as he talks to David Johns about architecture, his new play – and catching the bus to watch the Villa

Alistair McGowan remembers one of the highlights of his childhood. Catching the coach with his dad on a Saturday to go and watch ‘the Villa’. “I was only about 10 or something, and the coach ran from right near home and dropped us off at Trinity Road station,” he says. “It was well before the Premier League came along…you could just turn up and get into the match, no problem. It cost £1.50 for me to get in.” They say first impressions count – something he’d famously come to appreciate with great success in later life – and despite watching the likes of star striker Andy Gray, the young McGowan eventually gave his Midlands’ soccer allegiance to (whisper it now!) Coventry City. “I know it sounds a bit weird but back then I was really a football fan rather than a supporter of a particularly club. Dad and I went to Villa Park because that’s where the nearest bus went.”

Over the years, Alistair’s links with Birmingham have remained constant, and grown beyond the beautiful game, despite his fame as the nation’s favourite and best impersonator. True he no longer lives in the Midlands. He and his wife Charlotte, who he married a year ago next month, reside in leafy and well-heeled Richmond. But he’s regularly to be found back in town, visiting the many family and friends he has in the region. “I was born in Evesham, so I get back quite a lot to see the family,” he says. “When I was growing up Birmingham was the nearest big city so it was natural to spend time there. I’ve got many friends I stay in touch with in the area. I have to say, though, that Birmingham changes so much virtually every time I see it. All the new work and architecture which has been going on in the city is really wonderful to behold and the city council should feel very proud of what they are achieving. “The new library, for example, is just such an outstanding building and a wonderful place. And the work that has been going on at New Street station is breathtaking. An amazing design which is transforming the city along with all the other projects that are going on.” Alistair’s praise for the local planners is significant, and welcome, because of his involvement in issues about the environment.

On a national level, he’s been a fierce opponent of the expansion of Heathrow Airport. On a more local level, he’s a patron of the urban tree-planting charity Trees For Cities, a group which in Birmingham has formed partnerships with a number of schools to plant more than 5,000 trees in and around the city over the next two years. (“Did you know that research has been done that shows patients in hospital recover more quickly if they can see a tree through a window from their bed,” asks Alistair.) Oh, and he’s also a patron of the Friends of Brandwood End Cemetery apparently. (According to official records Alistair’s lineage shows more than 30 people with family links are interred there, although he isn’t keen to get into a discussion about that!) Our impromptu exploration of Birmingham and its ever-changing environs came as we talked about his return to the Midlands this month in the centenary production of George Bernard Shaw’s Pygmalion. Alistair plays the lead role of Professor Henry Higgins in the enduring story of the transformation of a Cockney flower girl into a society lady. His co-stars include actors Rula Lenska and Jamie Foreman (formerly Derek Branning in EastEnders). In an added bonus, Alistair’s wife is also in the production. “This play is massive for me,” he says. “It’s very fulfilling because it is so challenging and relentless. I’m on stage for the whole time over two-and-a-half hours. Last year, I did a 60-gig stand-up comedy tour, and that was easy compared to this. When you’re doing stand-up, or impersonations, it’s you own material and you can do what you want with it, change it, whatever you fancy. You can’t do that with a play. “The lines and the lines. You are serving the writer, so you have to do things as they were written, and sometimes that restriction can be tough and frustrating. I’ve done many plays and musicals, so I’ve got used to it I guess – but it never gets any easier. Actors are always telling me how they don’t know how I can do stand-up. It would terrify them. I always reply that what they do is so much harder.”

With that kind of pressure, being able to unwind after performances is crucial to Alistair’s ongoing sanity. “Having Charlotte with me is wonderful, a lovely change to be able to work together and be together and relax. We’ve found ourselves a lovely Midlands hotel in the country for perfect peace and quiet “It’s a lovely change. We are both working together, so we can be together. We’ve found ourselves a lovely hotel just outside in the country where we can really relax. I’m sure we’ll pop out and have a wander around, but most of the time we’ll do nothing except maybe read a book or something.” 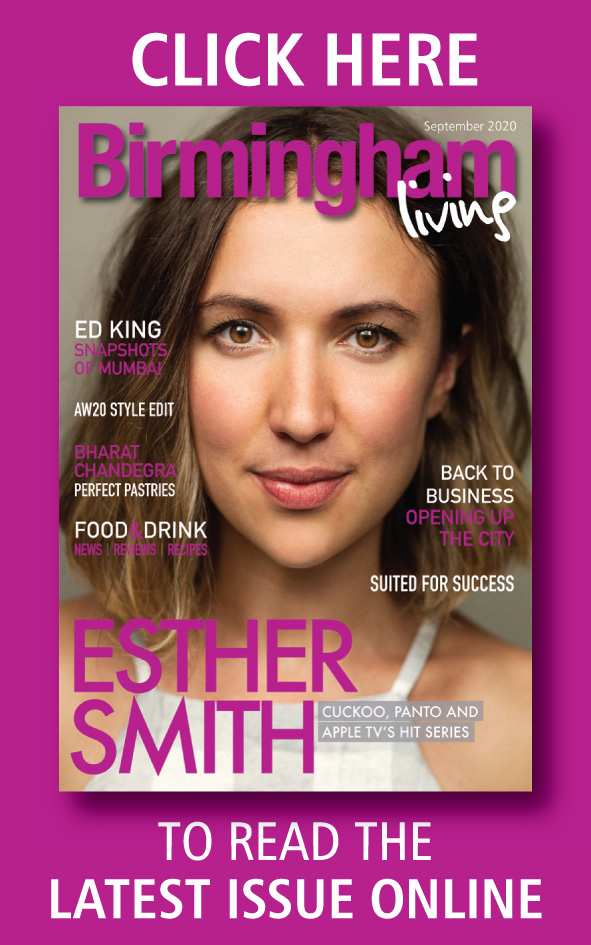