In The City with Tom Gallimore, the general Manager at Hotel Du Vin Birmingham

TELL US ABOUT YOURSELF

I’m general manager of Hotel du Vin Birmingham, a boutique hotel with 66 bedrooms, located in the heart of the Colmore business district. We also have a bistro, champagne bar, pub, spa and several function/meeting spaces.

HOW DO YOU GET INTO TOWN?

I live in Stourbridge and most days I’ll get the train to Snow Hill station, just around the corner from the hotel – it couldn’t be easier!

I actually quite enjoy the train journey! Having previously driven long distances each day when I worked elsewhere, anything would be an improvement to sitting in rush-hour traffic. The transport links into the city from where I live are really good and will only improve once they finally finish the roadworks!

IS BRUM A GOOD PLACE TO WORK IN?

Birmingham is a great place to work and it only seems to be getting better. The city is going through a real resurgence and the rest of the country is finally starting to take note of that. With new openings, fresh investments and continued construction, Brum is certainly on the up.

I’m lucky that Hotel du Vin has so many fantastic spaces for meetings that I’m spoilt for choice. If I do find myself venturing further afield, there’s so many great options in the Colmore business district. A few favourites include Damascena, Java Lounge, Wayland’s Yard and – if it’s after 5pm – Loki Wine.

The hotel’s bistro takes pretty good care of me, however if I fancy a change I’ll usually head over to our sister hotel, Malmaison, in the Mailbox. The Black Angus fillet steak is just unreal!

For a bit of fresh air I’ll often go for a stroll along the canal towpaths. They’re a great way to feel like you’re out of the city centre even when you’re still right at the heart of town.

WHERE’S YOUR FAVOURITE PART OF THE CITY?

As a local lad, I’ll always have a nostalgic soft spot for Broad Street and Brindleyplace, based on my misspent youth! Now I’m just that little bit older, I’d have to go for somewhere like Edgbaston or Harborne.

There are loads of great places for a drink in town, but as I’m partial to a pint I’ll often stop at the Old Contemptibles on my way to the train station.

HOW CAN THE CITY BE MADE BETTER?

I think a lot of the changes that would make the city better are already underway. Projects like the West Midlands metro and the ongoing work on the Paradise Development, for example, are already taking shape – I think it’s just a case of waiting for them to be fully up and running so we can see the impact of them. 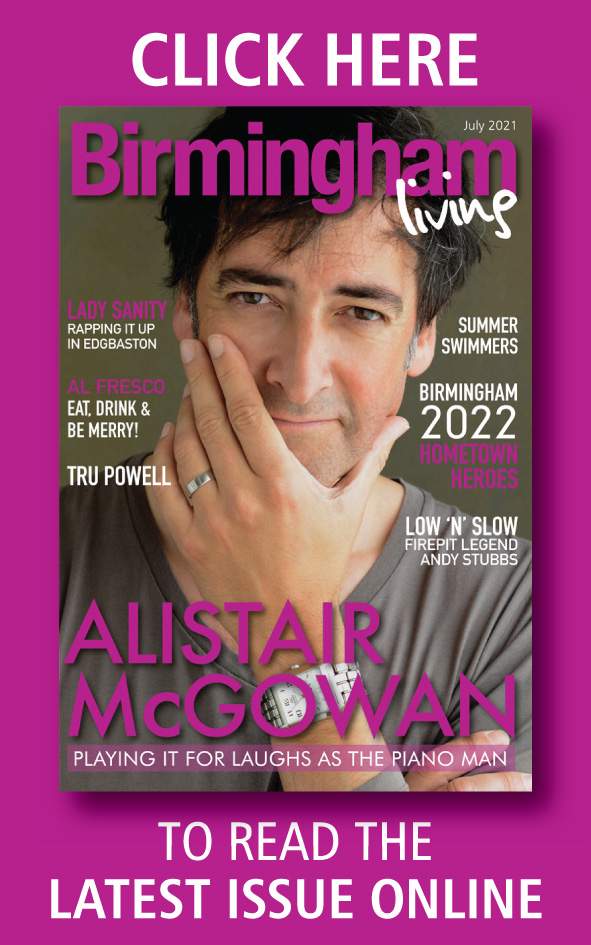