TV sports presenter Jacqui Oatley talks growing up in Codsall, breaking the mould for women in football, receiving an OBE, her love of the Wolves – and idolising Bully as a teenager!

If you’re a football fan, the past few months have been tough. If you’re a keen fan and a TV commentator, it’s been doubly difficult. Just ask Jacqui Oatley. As a presenter and reporter on BBC and Sky, there’s been, well… nothing really to report on or present! Closed grounds, players training at home in splendid isolation, the national sport absent from our screens. Total shutdown. And despite being able to continue with her weekly podcast on all-things about her beloved Wolves, it’s no substitute for the roar of the crowd and the latest debate over yet another VAR cock-up.

In the last couple of weeks, football has been taking its cautious first steps to belatedly completing the season’s fixtures, pretty much behind closed doors. As we spoke to Jacqui, she was preparing to return to the scene of the action, covering her first match for Sky Soccer Saturday after leaving BBC’s rival Football Focus. Excited to be back in the sport she loves, Jacqui said that she was a trifle nervous too – a bit like being a newbie all over again.

But Jacqui is anything but a newbie of course having broken the mould over the years for women journalists in football in particular and sport in general which earned her an OBE from the Queen for services to broadcasting and diversity in sport. Born in Wolverhampton, Jacqui grew up in Codsall and though she now lives in Surrey, she is a regular returnee (pre-lockdown, of course) to the town where her mum still lives. “I normally come and visit mum and take in a match at the Wolves at the same time if I can,” she explains.

Jacqui’s love of football began as a child watching and playing the sport. She went to St Dominic’s all-girls junior school in Brewood and Wolverhampton Grammar School before graduating from Leeds University and then moving to London to work in intellectual property as a sales and marketing manager. She opted for a career change into journalism and during a work experience stint she got to quiz former England manager Glenn Hoddle at a press conference. Her questioning was so sharp that it made comment in the sports pages of the next day’s national newspapers.

Jacqui started covering and commentating on non-league football for local radio and was a reporter for BBC WM, before moving to BBC Radio 5 Live and eventually television. She is best known for being the first female commentator on Match of the Day and anchoring ITV’s coverage of professional darts. Her breadth of sports knowledge has seen her work around the world covering high-level events, including both the men’s and women’s World Cups and the Olympics.

Shortly before lockdown Jacqui had taken over presenting Sky’s flagship Sunday Supplement debate show. The 90-minute slot features top national football journalists discussing the issues from that weekend’s Premier League games and is a must-watch for football fans and Jacqui had settled in well – before the pandemic struck and along with soccer itself, the show was put on temporary hold.

“I’ve always loved the show,” she says. “It’s great to be able to do more than commentate on the games and to dive into the wider issues which fans are talking about and also cover other issues that are affecting the sport, like mental health.” Sunday Supplement has now returned but with Sky temporarily cutting its freelance presenters like Jacqui in favour of staffers.

“I hope to be back doing the show again once things have returned to being more normal,” she explains. “But like everything, Sky has had to make savings because of the pandemic. The pandemic has had a huge effect on everyone. In my case, I had months of work lined up booked into my diary, but all that disappeared once lockdown happened.”

Like lots of families, Jacqui has spent the last three months immersed in home schooling. Her young son is now back in class but her older daughter remains at home, so lessons around the kitchen table carry on – a bit of juggling act now that Jacqui is involved in TV work again.

“The game I’m covering is my first for Sky, Reading versus Stoke,” she says. “I do all my own prepping for matches so I’ve been working hard and balancing that with the children. It’s going to be strange going back to football with no fans in the stadium. I’ll be up in the gantry giving my live updates which I guess will be more important than ever as supporters will be watching and listening to me rather than being at the ground.”

One of Jacqui’s on-going passions is her weekly Molineux View podcast with The Athletic on all-things Wolves which she presents with a variety of guests popping up. It fulfils her passion for the club and for journalism. “My heroes growing up was all about the Wolves,” she said. “Steve Bull was my ultimate hero. I can’t imagine idolising anyone more than I did Bully as a teenager.

“Now I’m all grown up, my heroes are people who make a real difference and use their platform for the benefit of others. Anna Kessel (co-founder of Women in Football and now Women’s Sport editor of the Telegraph) and her husband Leon Mann (co-founder of football’s Black List and founder of BCOMS – Black Collective of Media in Sport) are my favourite power couple. They’re incredible in the way they draw people together and fight for diversity and equality.”

Like all football supporters, Jacqui has plenty of ‘dreams’ for her club. She says: “For Wolves, it’s the lofty yet fairy realistic aim to finish in the Champions League places in the Premier League and win the Europa League. I cannot believe I’m even saying such a thing, seeing as they were in the third tier only six seasons ago and finished 15th in the Championship just three years ago. Nuno has done the most incredible job as manager, I still have to pinch myself.”

While it’s all about Wolves for Jacqui, she is also a supporter of Midlands football making a mark. “I know many Wolves fans will disagree with me but I’d like to see the Albion promoted to the Premier League – partly because I like their manager Slaven Bilic so much!” she says. “He was fantastic to work with and hang out with in Russia at the World Cup with ITV. A really top man. I’d also like Villa to stay up as it would be a major boost to the West Midlands economy to have three Premier League football clubs. Plus I’d be delighted for my friends and colleagues in the West Midlands football media as it would be a huge boost for them professionally.”

What comes across loud and clear in our conversation with Jacqui is not just her passion for sport but her huge enthusiasm and professionalism in everything she attempts. “In this industry you never know what is round the corner,” she says… 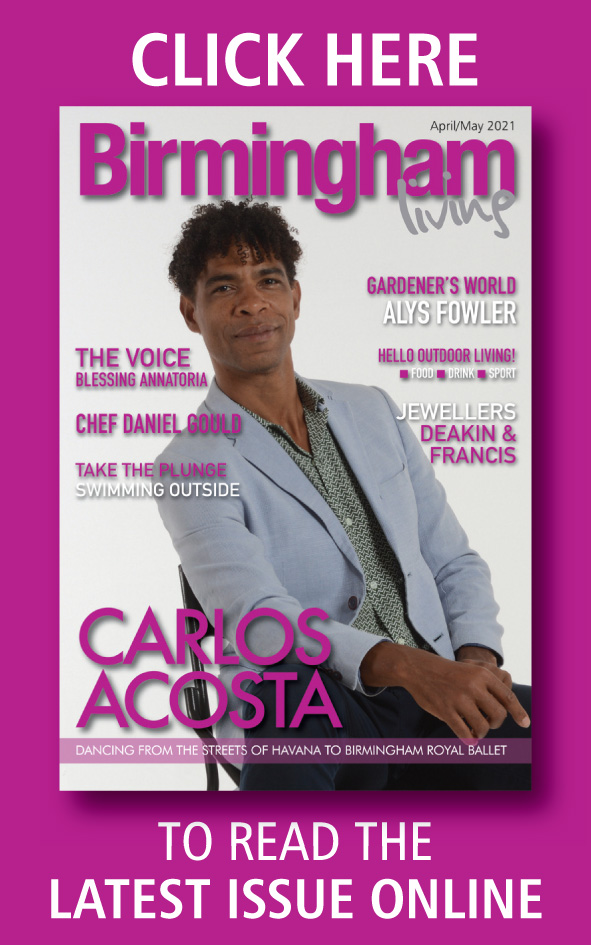